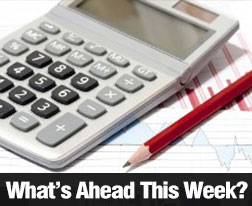 Last week brought news from the Fed as two Federal Reserve Bank Presidents made speeches and the Federal Open Market Committee (FOMC) of the Fed released the minutes of its last meeting. The minutes reveal the Fed’s intention to wrap up its bond-buying program in October with a final purchase of $15 billion in mortgage-backed securities (MBS) and Treasury bonds. No economic news was issued Monday following of the 4th of July holiday.

Tuesday’s speech by Minneapolis Fed Bank president Narayana Kocherlakota calmed concerns over inflation; Mr. Kocherlakota said that the Fed expects inflation to remain below its target rate of two percent for several more years. He tied low inflation to the unemployment rate and said that the nation’s workforce is not fully utilized in times of low inflation, and cautioned that June’s national unemployment rate of 6.10 percent “could well overstate the degree of improvement of the U.S. labor market.”

Mr. Fischer also said that any efforts to prevent a housing bubble should focus on the supply side and cautioned that “measures aimed at reducing the demand for housing are likely to be politically sensitive.”

The minutes of the Fed’s last FOMC meeting indicate that the Fed plans to continue bond purchases at the rate of $10 billion per month with a final purchase of $15 billion in October. FOMC members re-asserted their oft-stated position that the Fed’s target interest rate of 0.00 to 0.25 percent will not change for a considerable time after the bond purchase program ends.